The first BMW 2-series Gran Coupe brings to a segment of compact cars a new format of an embodiment of strong and authoritative character.

In addition, the model is distinguished by uncompromising and bright style, hinting at serious ambitions.

Not elegant, but extravagant.

Not traditional, but original.

Not ordinary, but extraordinary. 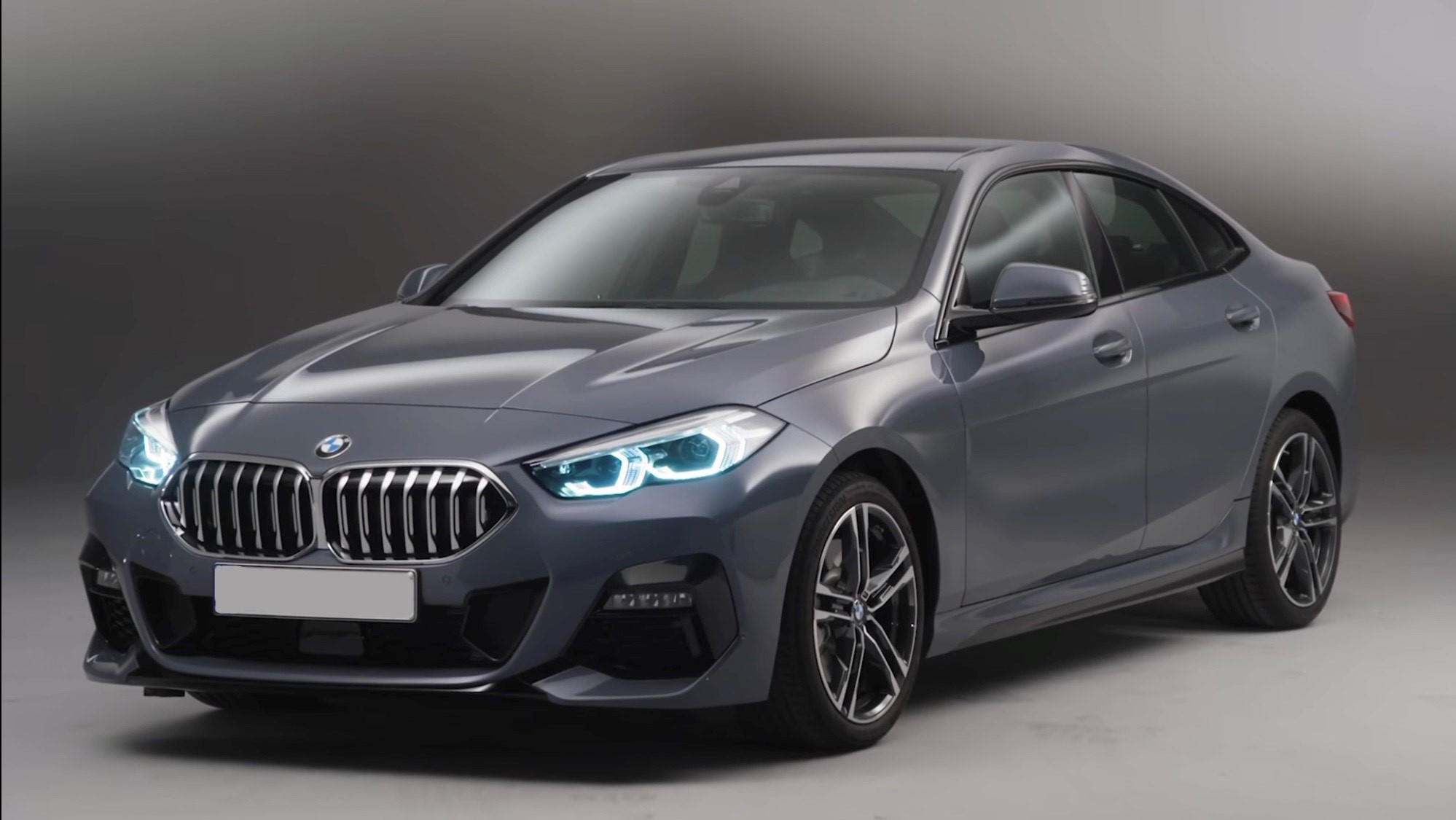 Thanks to first-class technology and carefully selected dynamic performance, the BMW 2 Series Gran Coupe stands out from the crowd and follows its own path.

BMW 2 Series Gran Coupe is formally a four-door sedan. However, BMW calls it a "four-door coupe" for its elongated silhouette and frameless doors, so it's more comfortable than ever.

The "Two" with Gran Coupe prefix and factory index F44 is built on the same platform as the BMW 1 Series (F40).

Both machines have a transverse motor arrangement and a basic front drive. The main competitor is Mercedes-Benz CLA.

The wheelbase is the same length as the BMW 3 series (E90) and the trunk volume is 430 litres.

The rear sofa backrest is foldable in 40:20:40 proportions and the cover can optionally be fitted with a contactless opening system.

The interior is similar to that of the 1st series.

More expensive versions have two 10.25 inch displays in front of the driver and a projection screen.

A BMW Digital Key will be available for the BMW 2 Series Gran Coupe.

With this key, the car's engine can be locked, unlocked and started using an NFC-enabled smartphone.

You can open the car by bringing the phone up to the door handle (even when the battery is low) and place the smartphone in the phone recess to start the engine.

You can share your BMW Digital Key with up to five people.

The base 218i Gran Coupe is equipped with a three-cylinder turbo engine 1.5, which develops 140 hp and 220 Nm, and in Overboost mode gives an additional 10 Nm in gears from the fourth and higher.

This engine can be combined with a six-speed "mechanics" or a seven-speed "robot" with two clutches.

Other versions are equipped with an eight-stage "automatic".

Gasoline and all-wheel drive BMW 228i xDrive Gran Coupe is designed only for the U.S. market: the two-liter turbocharged four produces 231 hp and 350 Nm.

The flagship version is the BMW M235i xDrive with a two-liter gasoline turbo at 306 hp and 450 Nm.

This vehicle has a front self-locking differential Torsen and electronic start control, and additional amplifiers are installed in the front of the body and the central tunnel.

In addition to the "charged" version differs from the rest of the grille with a three-dimensional grid, front bumper with large air intakes, glossy black finish, rear apron BMW M and rear spoiler.

The BMW 2 Series Gran Coupe is produced at the BMW factory in Leipzig, Germany.

Introduced in November 2019 at the Los Angeles Motor Show.